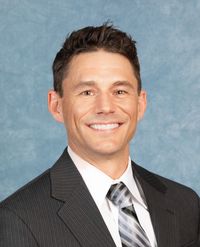 Adam grew up on a farm in rural Nebraska. Upon graduation from high school, he moved to "the big city" of LIncoln Nebraska where he attended Nebraska Wesleyan University for his undergraduate training. While attending college, Adam had a successful track career. He was an All-American hurdler and was fortunate enough to be a National Champion in the 110 meter high hurdles his senior year. Once he graduated from NWU, he attended the Physician Assistant Program at the University of South Dakota School of Medicine. After graduating from USD in 2000, he relocated to Southern California where he began working in the area of Orthopedics. Adam worked in many specialties in the field of Orthopedics ranging from hand surgery, sports medicine, general Orthopedics, and trauma. Adam relocated to Austin in 2012. He is living on an acreage in the Spicewood area where he enjoys the miniature "farm life" reminiscent of his upbringing. He is a lover of all animals, especially his dogs. He lives a very active lifestyle which includes many sports including running, yoga, and volleyball. He also enjoys life on the lake and is an avid "fly-boarder".